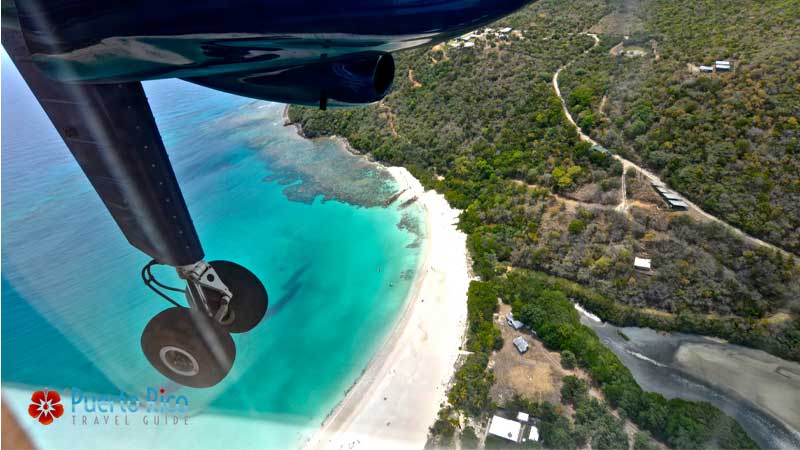 The Culebra Airport formally called Benjamín Rivera Noriega Airport, is located on the southwest side of the island facing the beautiful Ensenada Honda harbor.

Cape Air has partnered with Jet Blue, American Airlines, and United providing connections to Culebra from the international airport in Carolina (best known as the San Juan Airport).  You can conveniently book your domestic/international flights online with one click.

If you’re traveling with a group, the cost for the charter will cost about the same.  In addition, you can enjoy the flexibility of a flight to meet your travel needs.

Benjamín Rivera Noriega was opened in 1957 by the United States Marine Corps as a military airport.  The Puerto Rican government began flying civilians from San Juan to Culebra with a Legislative compensation.  The first passenger terminal was inaugurated in October 1976 after the Navy protests. The airport’s 80 acres were transferred to the Puerto Rico Ports Authority in 1980.

The airport of Culebra was originally built as a military airport by the United States Marine Corps, opening in 1957. In 1965, the government of Puerto Rico started flying civilians from San Juan, the capital city of Puerto Rico, to the island with a Legislative compensation.

Since then, a new terminal for passengers was created in 1994 and the name of the airport was changed to Benjamin Rivera Noriega in honor of a pilot recognized in the community for his services to the people of Culebra.