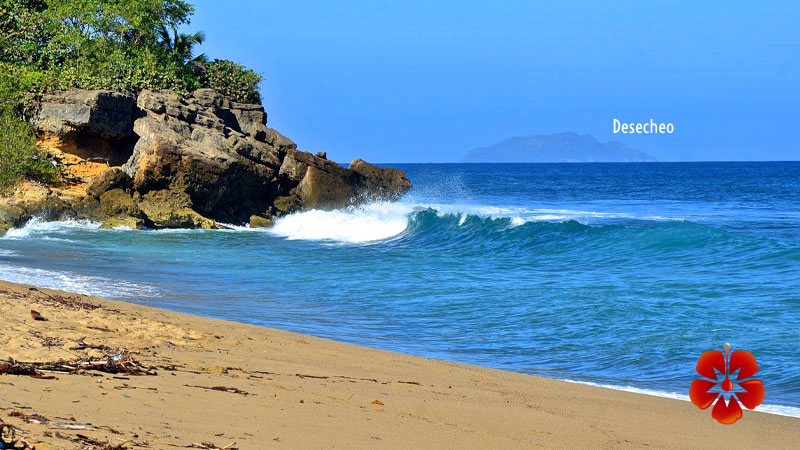 Isla Desecheo (Desecheo National Wildlife Refuge) is an uninhabited island located just 13 miles off the west coast of Puerto Rico.  Due to unexploded military ordinance, no one is permitted to step foot on the island.  Desecheo is a wildlife refuge managed by U.S. Fish & Wildlife Refuge, responsible for managing,  conserving, and protecting the island.  Anyone attempting to step foot on the island is subject to arrest by Federal law officers.

Various charters, most leaving out of Rincon, offer scuba diving and snorkeling trips due to superb reefs and clear waters with visibility as deep as 200 feet.  Isla Desecheo and its sister island of Isla de Mona are among the best scuba diving sites in Puerto Rico and the Caribbean.

Desecheo is part of the Rio Culebrinas formation which suggests that it was once connected to Puerto Rico. (2)

During the 18th century, the island was used by smugglers and pirates. During World War II until 1952 the island was used by the Army as a test bombing range. From 1952 to 1964 the US Air Force was used for survival training. In 1983 Isla Desecheo was designated as a National Wildlife Refuge and it is currently under the protection of US Fish & Wildlife.

The Desecheo National Wildlife Refuge was established in 1976 in order to protect various species of seabird colonies. Isla Desecheo has a subtropical dry forest, in the early 1900s the island had the largest brown booby colony in the world. Six endemic species are found on the island: 3 types of lizards, 3 arachnids) and the Federally Threatened Higo chumbo cactus.

In 1967 a study of adaptation introduced goats and rats, and a population of Rhesus monkeys (Macaca mulatta) introduced from Cayo Santiago in Humacao.   By 2010 only a small number of seabirds remained and nested on the island.

The U.S. Fish and Wildlife Service and Island Conservation worked to restore Desecheo’s native species and habitat, the island is on a process of recovery. They removed invasive black rates known to be linked to the great loss of seabirds on the island. (1)