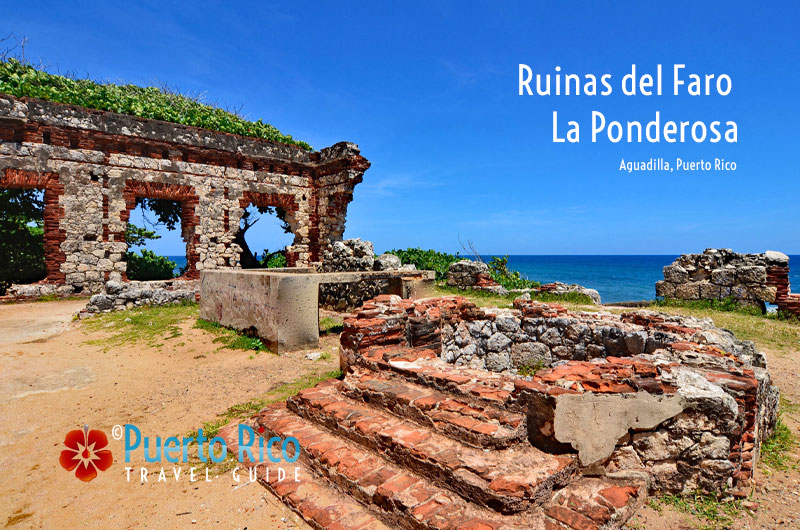 If you enjoy sightseeing and photography, make sure you add this attraction to your list.  Bring your camera to capture the contrasting colors of red-orange ruins against a sunny sky over blue-tinted waters.  Punta Borinquen is a popular place among photographers, popular for engagement shoots, a perfect background for romantic shots.  As you stand in the center of the ruins, you’ll enjoy the scenic sights, the sounds of the waves, the wind blowing, and palm trees dancing in the background. 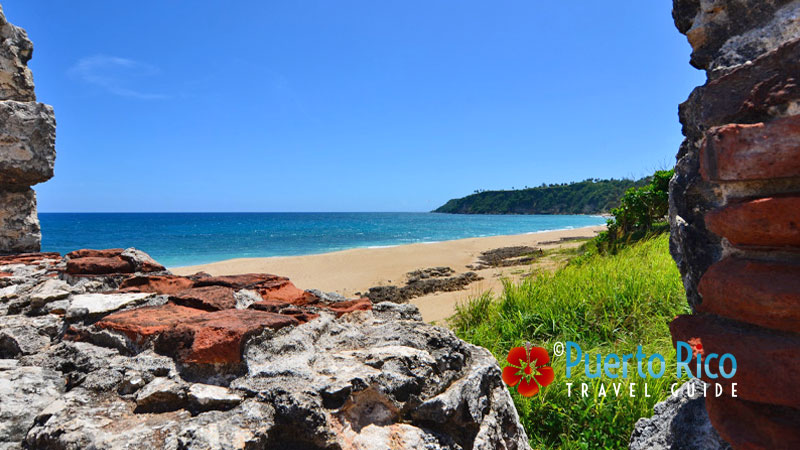 Popular Experiences on the West Coast of Puerto Rico

At sunset… is just beautiful. 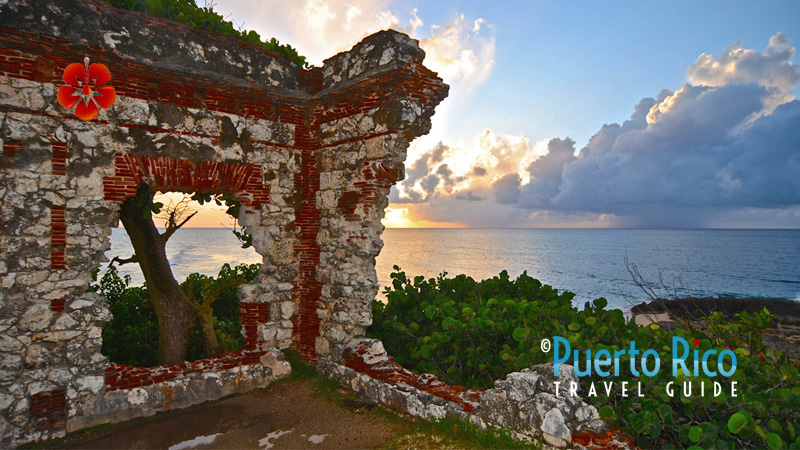 As you look around at the ruins you may end up feeling blue… sadly this beautiful historic site still stands unprotected and in danger of being vandalized.  We thank Rescate Playas Borinquen – a non-profit organization working to protect Ramey’s recreational areas and its beaches. Enjoy your visit, please help protect the area and keep it clean from trash.

From the main road, the drive here is only a few minutes.  Before you head to the Ponderosa Lighthouse ruins, make a stop at Playa Punta Borinquen.  After visiting the ruins, head to Wilderness Beach.

Safety in the Area – We’ve been told by police officers to not leave the car parked at the ruins for long, there have been cases of petty theft reported in the area.  Don’t leave valuables in the vehicle.

Faro de la Ponderosa was built in 1889 by the Spanish government and served as an aid to navigation on the route from Europe to Panama.

“Originally commissioned by the government of Spain for the sum of 30,870 pesos ($700,000 US in 2011), the Ponderosa Lighthouse originally came into service on September 15, 1889.   The Spanish Colonial neo-classical structure was 91 feet long and 41 feet wide and designed by Enrique Gadea.

It included an octagonal tower with a bracketed cornice built in a Moorish style that contrasted sharply with the structure’s otherwise simple neo-classical lines.   The building also contained 13 rooms for the two families that maintained the light that could be seen for over 12 miles.   The original structure was painted red with white trim.

The lighthouse came into possession of the United States after the signing of the Treaty of Paris in December of 1898.  It was decided due to the “obstruction by a plantation of high trees” that a new lighthouse was going to be rebuilt.  With an act of Congress in June 1917, funds for a new Point Borinquen Lighthouse summing $85,000 was attained.

On October 11, 1918, before construction could be started on the newly relocated lighthouse, an estimated 7.5 magnitude earthquake struck at 10:14 am.  Francisco Cavalieri was the lighthouse keeper at the time of the earthquake with his wife and three children.  His great-granddaughter Lleana Fajardo was told that Cavallieri’s wife had a premonition that something was not right just minutes before.  She noticed the air suddenly grew “light”, the birds went silent, and the family dogs began to bark wildly and ran out of the house. ” – Rescate Playas Borinquen

In 1922, a replacement lighthouse was built on higher ground about a mile from this location, which is still functional today.  Sadly, Ponderosa was damaged by the 1918 earthquake and never repaired or protected as a historic site. 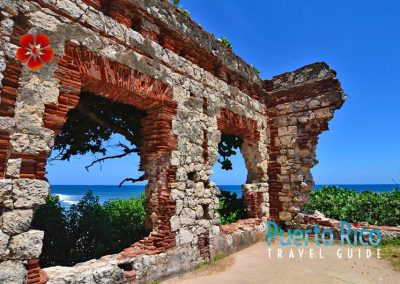 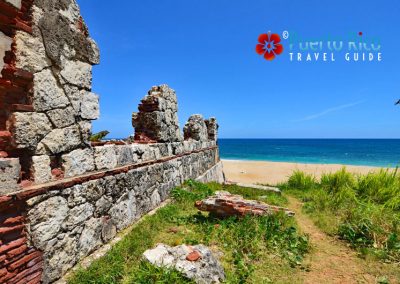 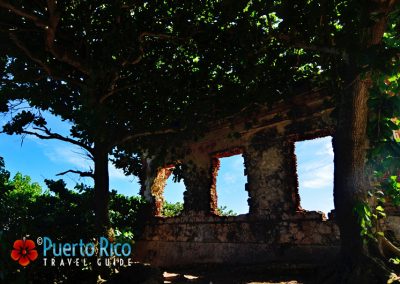 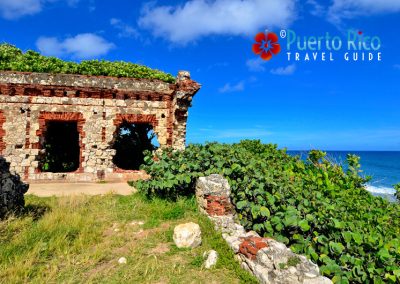 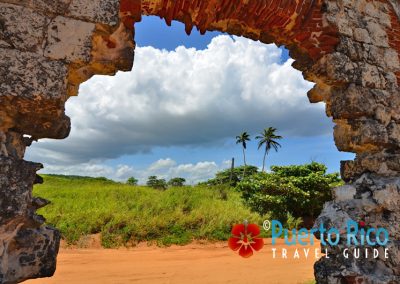 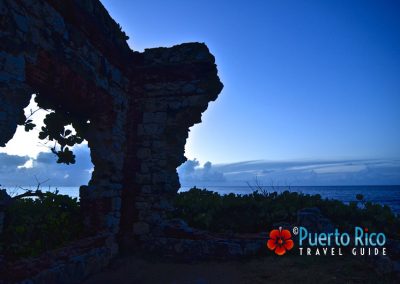 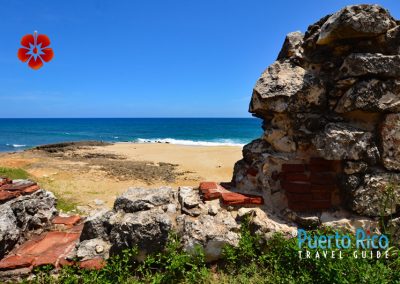 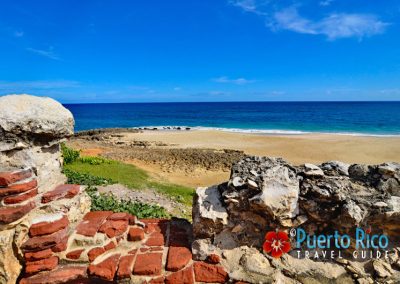 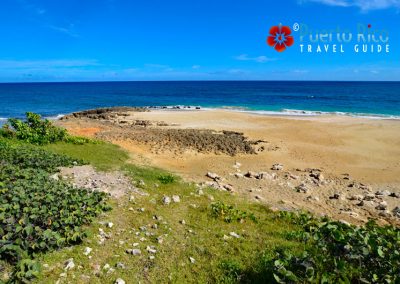 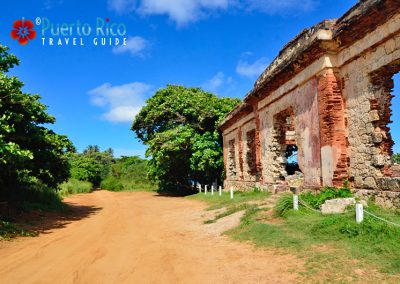 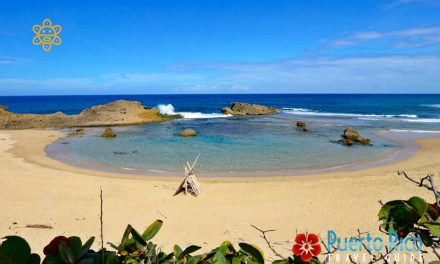 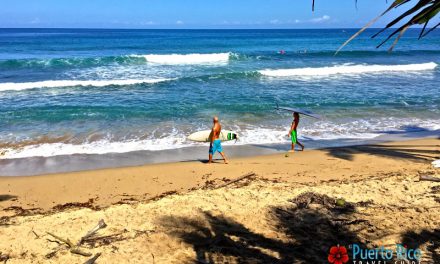 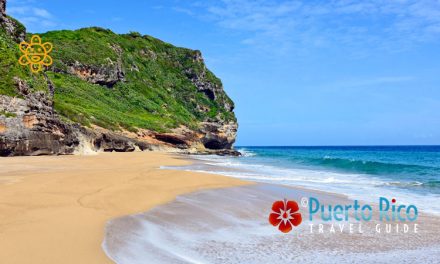 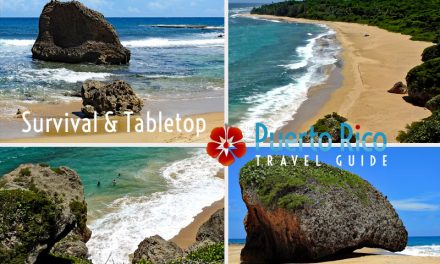