Guide for tourists from an islander’s perspective…What the weather is really like in Puerto Rico, and what it means for your travels.  When is hurricane season, the best time to snorkel, and more. 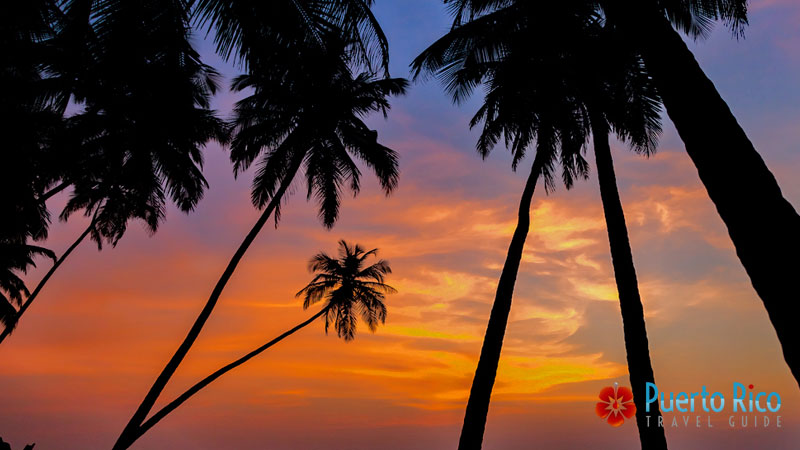 In Puerto Rico, the weather is a balmy average of 80°F – 85°F year-round.  Looking at the average temperatures and rain forecast on the weather channel or your favorite website, won’t really give you the necessary information for planning a great vacation.  Perhaps you saw the 10-day forecast, and you see rain just about every day, and you start worrying about not having that perfect blue sky. The truth is that it typically rains every day, somewhere on the island. 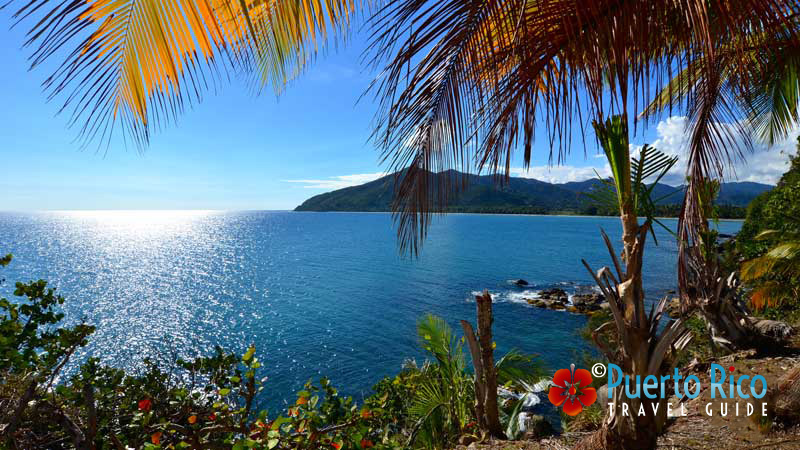 Read on, we’ll tell you what the weather is like from a local’s perspective, along with great tips on enjoying Puerto Rico rain or shine.  This weather guide is not written by a meteorologist, just two Puerto Rico lovers, that love blue skies and great weather.  We take all the photos on this travel guide, so we have learned by trial and error how to get around the rain and head to the sunshine for those blue skies.   We do love the rain, and we often find something to do when it does.  If you happen to be here during a rainy afternoon, don’t worry, it rarely lasts long enough to ruin your day,  the plus side is that you’ll see more dramatic and deep colors on the sunsets on the west coast.

The capital city of San Juan is located in the northeast, directly in the center of the radar map box below, at the top/north end of the red highway line. Just east of the main island are the Puerto Rico islands of Culebra and Vieques, and farther east, the British & U.S. Virgin Islands. The largest Puerto Rico island west is Mona Island.

Up-to-date NOAA information on any Hurricanes or Tropical Storms.

What is Puerto Rico’s Average Weather?

Overall, the temperatures are steady throughout the entire island.  Puerto Rico’s climate, is part of the tropical climatic zone.  In general, residents and visitors enjoy warm temperatures all year round averaging 80 °F (27 °C) in lower elevations, and 70 °F (21 °C) in the lush central mountains of the main island of Puerto Rico.  Most of the year, the weather is simply perfect.  Because Puerto Rico is a tropical island, quick changes may occur from one week to the next.  There are some differences in weather conditions among some regions of the main island and the offshore islands of Vieques & Culebra.  Before you travel, be sure to check for weather alerts.

When is Puerto Rico’s Rain Season? 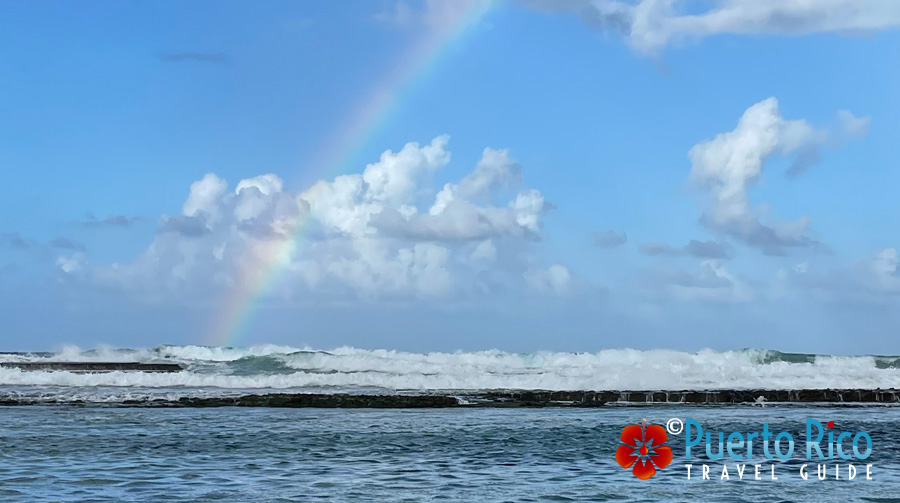 While most people leave when it starts raining, we wait.. hoping to see a raiinbow… Captured with IPhone.

The rain season in Puerto Rico is from April to November, but don’t let that deter you from coming to the island during this season.  Hotel rates tend to be lower at this time of year, you’ll find amazing deals at top beachfront hotels and resorts that may not be in your budget during the high season in the winter months.

Rain showers are typically scattered in the afternoons and don’t last very long.  The variations in temperature and rainfall are caused by the mountains in the center of the island.  Most likely, rain in Puerto Rico won’t ruin your whole vacation day.  For residents, beach time is summertime, during “rain season”.

If you vacation in Puerto Rico during the rain season, our best advice is to get up as early as you can to enjoy the beach, rain typically starts early afternoon.  What’s great about Puerto Rico is that it rarely rains all over the island at the same time, it may be raining in one region, and in a half-hour drive, you will arrive at another destination with bright blue skies, you can download the FREE World Radar App, we use it all the time during the rainy season to see where to go on a rainy day.  The southwest of the island gets less rain during the rainy season, however, the town of Mayaguez gets rain almost daily.

What are the hottest months in Puerto Rico?

The hottest months are July and August, but they’re also some of the best months to enjoy the beaches of Puerto Rico.  Generally, Puerto Rico is breezy, and not very humid, even on a super hot day, breezes make the heat pleasantly enjoyable.  Of course, the best way to beat the heat is by jumping into our beautiful waters.  There’s about a 6 °F (3.3 °C) temperature change between winters and summer.

Hotels are open, and tourist activities are just as fun.  A few small hotels and inns, especially on the islands of Vieques & Culebra close the hotel in the months of September through October to make renovations and major maintenance.  Summer is actually the high season for residents since school age children are off school.  Some of the best vacation deals are during this time of the year with hotels and airlines trying to fill up rooms and seats during this low travel season.

Up-to-date NOAA information on any Hurricanes or Tropical Storms.

Tips when traveling in hurricane season 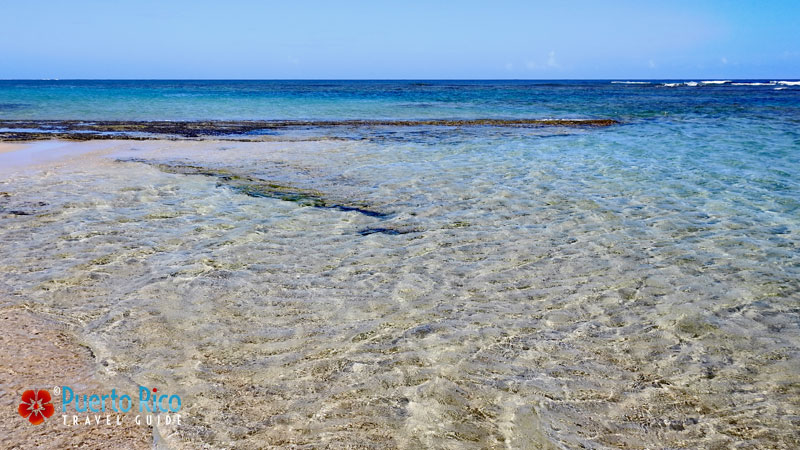 Our waters are not only in beautiful shades of turquoise, emerald green, navy and cerulean blues, they’re also nice and warm, even during winter months.  During the winter, the water is an average temperature of 75°F.  By summer, the water temperature warms up to an average of 85°F, yet feels extremely refreshing when your skin is caressed by the cooling breeze. 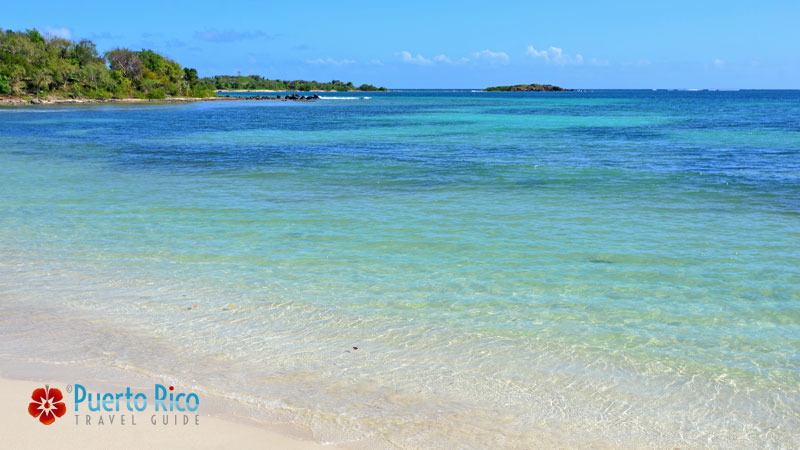 Culebra and Vieques have clear waters all year round, but in the summer months, they’re incredibly clear, warm, and calm with virtually no waves (during normal weather). 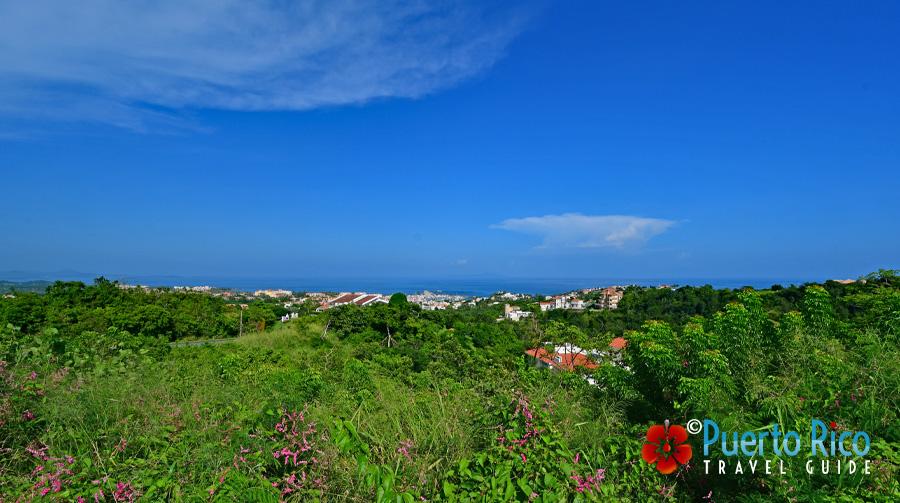 When the weather is “normal”, the east coast is a wonderful place to be.  Compared to the rest of the island, it feels more breezy like the north coast.  If you were unlucky to be here during a tropical storm, you’ll feel it more on the east coast of the island.  Overall, the east offers beautiful tropical weather all year round under normal conditions. 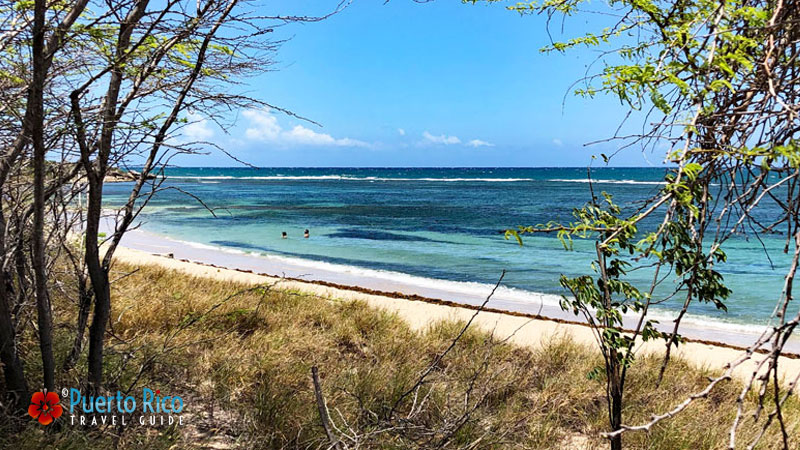 Temperatures are warmer in the southwest region of Puerto Rico with less rain.  On the southwest, you’ll find the Guanica Biosphere Reserve (commonly known as the Guanica Dry Forest), which only gets about 29 inches of precipitation per year.  The town of Cabo Rojo and Guanica is known for great weather all year round, dryer flora, and less rain than most places around the island.  If you’re planning on traveling during hurricane season and want to play it safe, head to the west coast of Puerto Rico.  Tropical storms and hurricanes typically come in from the east, the west coast sees less rain and damage when compared to the rest of the island.  Again, the difference is not big enough to keep you from staying at the destination that appeals to you most, it only makes a difference during bad weather or a heavy rain season.

The offshore islands of  Vieques & Culebra:  Culebra has a dryer climate with excellent weather.  Vieques is lusher and gets more rain than Culebra.  As the main island of Puerto Rico, rain is typically sporadic and it doesn’t last all day.  The best thing to do is to enjoy the beach in the morning, most showers occur in the afternoon.

If you plan on visiting one or more of the three Puerto Rico Bioluminescent Bays, use this interactive calendar to plan your trip around new moon phases, when it is darkest at night, so you can maximize your Bio Bay experience. Choose a month, year, then click “Go”.
Sources: Wikipedia